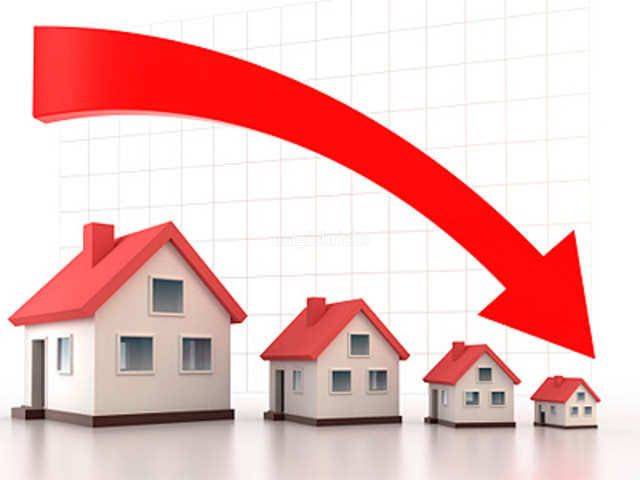 In 2019, Hyderabad recorded an all-time high of 1.2 MN sq m (12.8 MN sq ft) in office transactions, which was the second highest among the top eight cities in the country.

In the new office space completions, the city saw a decline of 32 per cent to 0.2 MN sq m (2.7 MN sq ft) and new residential project launches fell by 19 per cent, according to a report by real estate consultancy Knight Frank.

In 2019, Hyderabad recorded an all-time high of 1.2 mn sq m (12.8 mn sq ft) in office transactions, which was the second highest amongst the top eight cities in the country.

The co-working sector recorded a significant 75 per cent slump in the first six months this year in the country due to the increased ratio of work-from-home employees and social distancing and the impact has been felt in Hyderabad too, it added.

marking a fall of 32 per cent over last year, it said and added that the lack of occupancy certificates to completed buildings also resulted in lower supply.

Almost all these transactions happened in the first three months till March. However, the onset of the Corona virus crisis in late March severely impacted the momentum. Market uncertainties pushed occupiers to put their lease transaction plans on hold and even led some to cancel their per-commitments.

Manufacturing, other services sector and co-working industries witnessed a significant fall in their respective transaction volumes.

Weighted average rentals for Hyderabad went up by 3 per cent and vacancy increased on account of occupiers surrendering currently occupied office spaces due to the pandemic.

Due to Covid-19 per-commitment deals too have been paused. Also, there is imminent delay in upcoming supply due to the near-halt situation in construction activity.

Mobilization of labor and finance, adherence to Covid protocols and timely government approvals are likely to be the challenges for developers.” Market has turned in tenants’ favor and likely to remain so upon return of normalcy.

Proactive engagement with occupiers, flexibility in renegotiation and softening of rates can help retain and attract occupiers, he said.

The Telangana State government emphasised on making use of the national lockdown period for infrastructure development.

With almost zero traffic on the roads, the construction and maintenance work of flyovers, grade separators and roads in Hyderabad was expedited.

This will help address road travel issues and will help limit traffic congestion in the city, the consultancy noted.

Residential sales recorded a 43 per cent fall with 4,782 units sold till June this year. This is the lowest recorded sales figure for the city in this decade. After Telangana formed in 2014, residential demand in Hyderabad has remained steady until 2019, the report.

The situation of under-supply led to a substantial price increase of 18 per cent between 2017 – 2019. The year 2019, especially the second half, saw the market heading towards stability as launches jumped by 375 per cent in the second half of 2019 over the previous year.

In 2020 so far, the launches fell by 19 per cent due to a halt in all construction activity during the lock-down period, hike in prices of inputs such as steel and cement and non-availability of construction workers.

“Market uncertainties in the wake of the ongoing pandemic have made home-buyers more risk averse. Consequently, they seem to have put their home purchase decisions on hold.

Further, as banks and financial institutions have tightened their lending norms, buyers are finding it increasingly difficult to avail credit and have had to eventually postpone or cancel their purchase decisions,” Arthur said.

West Hyderabad continued to dominate the scene in 2020 and accounted for a significant 59 per cent of the total sales activity.

Proximity to office locations like Financial District, Madhapur, Gachibowli and Kondapur coupled with the presence of robust infrastructure have been the major pull factors for homebuyers in West Hyderabad.

North and East Hyderabad picked up momentum on the back of the affordable housing sales. Unsold inventory numbers saw a 5 per cent fall to 4,037 units in the first half of 2020.

Increased sales coupled with relatively lower launches have been resulting in a decline in the total inventory since 2018.