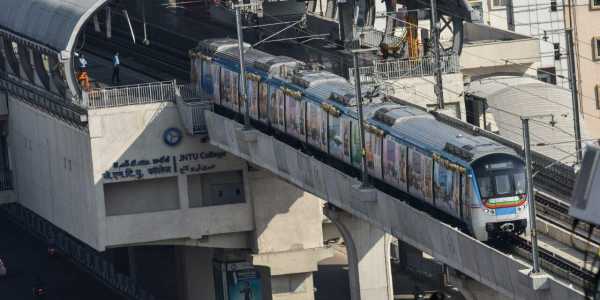 Hyderabad Metro ranks second, right behind the Delhi Metro in terms of passenger traffic post-pandemic lock down, with a ridership capacity of over 1.30 lakh per day.

Though Metro’s patronage has been steadily rising across the country, Hyderabad’s Metro has demonstrated a steady and rapid transition next to Delhi, which has led the chart on Saturday with over 14.79 lakh passenger rides.

The officials attributed increases to safety requirements and offers. “Hyderabad Metro is much better than all others in operations except Delhi which has an 18-year-old, huge, well-established Metro.

Hyderabad Metro is considered to be safe and efficient for travel by passengers, and apart from that, the discount offers have also helped to increase ridership, “said NVS Reddy, the Managing Director of Hyderabad Metro Rail Limited.

From November 1, Hyderabad Metro launched Metro Suvarna deals, which resulted in a rise of more than 30 percent in travel.

According to HMRL officers, the number of trips will increase depending on demand in the coming days.